Ali Akbar Khan seen in this April 13, 2002 file photo, walks through the crowd of adoring well-wishers during the a day-long gala tribute celebrating the 80th birthday of the ledgendary musician at the Veterans Memorial Auditorium in San Rafael. (IJ photo/Jeff Vendsel)


Ali Akbar Khan, founder of the Ali Akbar College of Music in San Rafael and one of the greatest Indian classical musicians of all time, died Thursday night at his home in San Anselmo. He was 87.
Mr. Khan, a master of the sarod, a multistringed, lutelike instrument, died of complications from kidney disease, his family said. He had been on dialysis the past five years and in declining health in recent months.
Called Khansahib by his students, Mr. Khan founded the Ali Akbar College in Fairfax in 1968, later moving the school to San Rafael.
"He led an amazing life," said David Yovino, operations manager at the college, sitting in his office under a framed photograph of Mr. Khan in concert. "And he left this legacy that will go on."

Along with his former brother-in-law, sitar great Ravi Shankar, Mr. Khan is credited with pioneering and popularizing North Indian classical music in the West.
Tabla master Zakir Hussain of San Anselmo played more than 200 concerts with Mr. Khan in his career. Speaking by phone after a concert Friday night in London, he said that Indian musicians owe a huge debt to Mr. Khan.
"Every instrumentalist who picks up an instrument to play Indian classical music has been influenced by him," he said. "He had an incredibly expressive style of playing that people didn't know was possible. Nobody looked at ragas the way he has. His musical sense was so unique and so spontaneously fresh.
"One hundred years down the road, there might be a musicologist convention and people will ask, 'What was the most important thing that elevated the status of instrumental music in India? And they will answer: 'Ali Akbar Khan's arrival.' He was amazing."
Mr. Khan first visited the United States in 1955 to play at the Museum of Modern Art in New York at the invitation of violinist Yehudi Menuhin. He gave the first television performance of Indian music on Alistair Cooke's "Omnibus" show.
The Los Angeles Times called him "a virtuoso of breathtaking skill."
While he recorded many albums and performed widely, he was proudest of being one of the first teachers of Indian classical music in the U.S., devoting most of his life to teaching. More than 10,000 students have passed through his school in Marin over the past 40 years.
The day before he died, he invited his students to a last class at his home.
"He could barely lift his head, but he told us to bring him his harmonium (a small organ)," his 27-year-old son, Alam, said Friday at the family home. "He started singing and teaching us. Some of us were singing and some of us were weeping because we knew he was saying good-bye. He said he wanted to teach until the end, and he did."
Mr. Khan met Mary, his wife of 30 years, when she was a student of dance and tabla at the school.
"We were married in this house, the same house where he died," she said Friday, surrounded by their three children: sons Alam and Manik, 23, both sarod players, and daughter Medina, 18. An older son by a previous marriage, Aashish Khan, himself a master of the sarod, was also present. In all, Mr. Khan had 11 children.
The evening before he died, he asked his sons to bring their instruments to his bedside for a final lesson.
"He gave so much through his teaching," Alam said. "The amount of love he embodied came through in his music. One note played by him went straight to your heart."
When he was just 3 years old, Mr. Khan began studying music with his father, Allauddin Khan, a national hero in India considered the greatest figure in Indian classical music of the 20th century. His father gave him the title of "swara samrat," meaning "emperor of melody."
"My father told me when he was very old, 'You must take this music and teach for as long as you can see the sun and the moon,'" Khan said in a 1974 Independent Journal interview.
When he founded his college in Marin, he said, "This kind of school, after my father's, is the only one of its kind in the world. Someday, if an Indian wants to learn Indian music, he will have to come to America."
Mr. Khan received international recognition for his contributions to the arts when he was awarded a $375,000 MacArthur "genius" grant in 1991.
In a 1993 Independent Journal interview, he said, "When I first came here, there was no interest in this music at all. People had never heard it before. But now I've found that every day in the United States something is going on in this music."
A memorial service and burial will be at noon Sunday at Mt. Tamalpais Cemetery, 2500 Fifth Ave., San Rafael, followed by a gathering at the Ali Akbar College, 215 West End Ave., San Rafael.
The family requests condolences be sent via e-mail to inmemoryofaak@gmail.com. Memorial donations may be made to the Ali Akbar Khan Library at www.aacm.org. 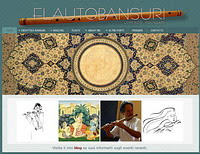 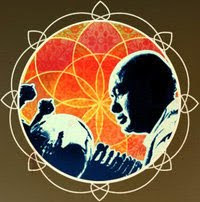 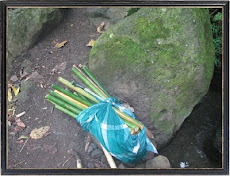 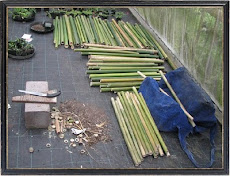 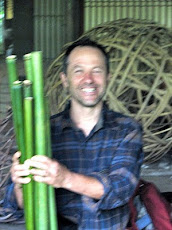 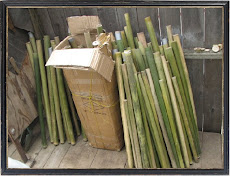